Just over a month ago, South Korea (referenced as “Korea”) elected its new president. Candidate Yoon Seok-yeol of the right-wing “People Power Party” defeated candidate Lee Jae-Myung of the incumbent left-wing Democratic Party, ultimately emerging victorious from this difficult-to-predict competition. (NYT, 2022) Interestingly, political scientists are attributing the outcomes of the recent election to a new era of gender populism in the Korean peninsula. Korean politicians are assertively taking advantage of this new phenomenon; accompanied by the prevalence of anti-misogynist protests and the rise of gender-based policy making, the gender discord has been rapidly exacerbating in Korea. Whilst other socio-economic factors such as skyrocketing property prices and the stagnation of the labor market are endangering the divide between social groups in Korea, the emergence of gender politics in the recent decade has been presenting a new threat to the nation’s democratic institution.

Through a statistical lens, the political divide between the sexes—specifically across the younger generations—has been at a record high in the recent elections. According to an exit poll conducted by Yonhap News, 58.7% of men under the age of 30 voted for Yoon, whilst 58.0% of women in the same age group voted for Lee. A similar, but subtler, trend is also observed in the 30’s demographic (Yunhap, 2022).

Both candidates’ election promises have heavily influenced these gender politics. Yoon starkly capitalized on the “anti-feminist” sentiment that is prevalent among young men in Korea through policy promises, such as abolishing the “Ministry of Gender Equality and Family” and enhancing punishments for false accusations of sexual violence. Yoon blatantly targeted the male voter population and exacerbated the gender divide in Korea. (The Guardian, 2022) Yoon has also actively utilized social media platforms to appeal to the younger male population, where he has posted policy promises on numerous occasions. Contrary to Yoon, Lee attempted to appeal to the female voter population. Lee’s promises centered on strengthening sexual harassment/assault punishments and introducing maternal leave quota policies (ChoongAng, 2022).

So why has this gender policy divide served as the predominant “appeal factor” in Korean politics? In order to answer this question, the history of Korean feminism and the prevalence of an opposing force—the “anti-feminism movement”—in the societal sphere must be taken into consideration.

For the past century, South Korea has maintained a low position in international equality indexes, such as the Global Gender Gap Index. Due to the predominance of Confucianism ideals and systemic discrimination in the workplace, Korean women have faced numerous handicaps and pushback in solidifying their position in society. In response to this oppression, groups such as the Korea Women’s Associations United (KWAU) began fighting for the cause of feminism as early as the 1980s. (KWAU, 2022) However, the rapid spread of feminism across mainstream culture is largely attributed to the “feminist renaissance” of the past two decades, where online forums and offline movements began coagulating public resentment against misogynistic crimes and systematic discrimination.

In the midst of this public discontent, a key event, the Gangnam Station Murder, sparked the beginning of Korea’s “Gender War”. In 2016, a 23 year-old woman was stabbed to death in one of the busiest districts of Seoul. The assailant, a 34 year-old man, later confessed to the police that he had committed the crime because he was “mistreated” by the victim. (The Korea Herald, 2016) Shortly following the incident, thousands of Korean women gathered at the subway station to stick post-it notes in solidarity of the female victims of misogyny and gender crimes in Korea. However, this peaceful act was quickly faced with “counter-protests” of men’s rights groups, where members of the group argued that classifying the incident as a misogynistic act simply worsens the discrimination that men have to face in the Korean society (Quartz, 2017).

Since 2016, similar incidents have then occurred sporadically across Korea, especially in the nation’s capital city. Simultaneously, radical online forums have risen in popularity amongst the young female population. Online pages such as Megalia and Womad utilize derogatory and confrontational techniques to champion women’s rights and raise awareness for feminism in Korea; the “mirroring technique”, whereby misogynistic actions are “mirrored” on men, have been used frequently by Megalia users in their forum posts and discussions. (Vice, 2020) However, the radical and violent nature of these have resulted in the stigmatization of the concept of “feminism” within Korean society. “Anti-feminist” groups are now on the rise in Korea and men are arguing against the “reverse-discrimination” that they have to endure in their day-to-day lives due to the prevalence of feminist resentment of men.

Subsequently, Korean politicians have attempted to harness this “gender divide” in hopes of creating a robust support base, especially in the younger generation where the political participation rate is substantially lower than the rest of the population. However, many citizens and scholars are raising their voices of concern for the expected consequences of this election. Yoon’s proposed elimination of the Ministry of Gender Equality and Family will not only remove the political agency of many female ministers but also threaten the current policies that serve to protect single mothers and low-income female citizens. This predicted political trajectory is causing concerns for the future of Korea’s gender equality. Korea has the largest gender wage gap, lowest share of women on the boards of publicly listed companies, and fifth-lowest percentage of female legislators in OECD countries. (Washington Post, 2022) Thus, this new development of gender politics in Korea is presenting a new form of threat towards a society that has struggled with democracy for the past century.

Barraclough, B. R., Lee-Koo, B. A. P. K., Raghuvanshi, B. N. S., & Griffin, P. (2022, January 6). Most Read of 2021: The Feminist Renaissance in South Korea. Australian Institute of International Affairs. https://www.internationalaffairs.org.au/australianoutlook/the-feminist-renaissance-in-south-korea/

Steger, I. (2017, April 3). South Korea is engaged in an epic battle between feminism and deep-seated misogyny. Quartz. https://qz.com/801067/an-epic-battle-between-feminism-and-deep-seated-misogyny-is-under-way-in-south-korea/ 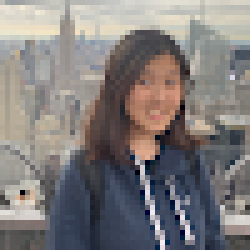