The global fashion industry is having a catastrophic impact on the environment. This industry is the cause of significant carbon emissions, water pollution, natural resource depletion, and enormous waste generation. In fact, according to the latest report by the UN, “the fashion industry produces 20% of global wastewater and 10% of global carbon emissions - more than all international flights and maritime shipping”.

The fashion industry’s current system for producing and using clothing operates in a linear manner. The many environmental costs of the textile industry can be best understood through the three steps in this linear chain (depicted in Figure 1).

Additionally, clothing production contributes to massive water wastage and pollution. Textile production uses around 93 billion cubic meters of water annually, exacerbating water scarcity. Further, a total of 20% of industrial water pollution is attributable to the dyeing and treatment of textiles.

In addition to the misuse of water, the textile industry releases large amounts of plastic in the ocean, which is a growing concern because of the associated negative environmental and health implications.

Finally, the textile industry generates massive amounts of carbon emissions. In 2015, greenhouse gas emissions from textile production summed up to 1.2 billion tonnes of CO2, which is 21 times more of all international flights and maritime shipping combined.

The way clothing is utilized creates even more environmental harm. A major source of the harm comes from washing clothing. Half a million tonnes of plastic microfibers are shed during washing of plastic-based textiles, such as polyester, nylon, or acrylic end up in the ocean annually. These plastic microfibers heavily pollute water bodies and damage the natural ecosystems that exist within them.

Clothing utilization, defined as the average number of times a garment is worn before it ceases to be used, has decreased by 36% compared to 15 years ago. These low rates of clothing utilization and low levels of clothing recycling has led to major disposal of clothing. This disposed of clothing is burned or put into landfills, which creates a significant environmental burden. It is estimated that more than half of fast fashion produced is disposed of in under a year. Based on current data, it has been predicted that more than 150 million tonnes of clothing would be landfilled or burned in 2050.

As seen in Figure 2, the proposed plan for mitigating this problem has four main steps.

First, the textile system needs to be revamped to ensure that the material input is safe. This means that substances of concern to the environment, such as plastic microfibres, need to be reduced in this system. In the long term, businesses and the government must invest in research and development to create innovative alternatives to these materials.

Second, the textile system must scale up short-term clothing rental and launch clothing lines that make durable clothes attractive. At the same time, thrift stores need to be supported to encourage reusing clothes.

Third, companies and governments must improve recycling by transforming clothing design, collection, and reprocessing. Many famous clothing brands, such as Nike, Adidas, H&M and Zara have already committed to building stronger and more effective recycling programs.

Finally, and most importantly, the fashion industry must move to renewable inputs. For example, companies need to start incorporating solar and wind power. Instead of using harmful pesticides, companies need to move to regenerative farming methods for cotton and other cellulose-based fibers.

The entire production chain of the fashion industry needs to change in response to environmental concerns, but change can also be initiated by consumers. As consumers, our choices make a difference. Therefore, we must buy fewer clothes, reuse old clothes and, when buying, support brands that are environment-friendly. 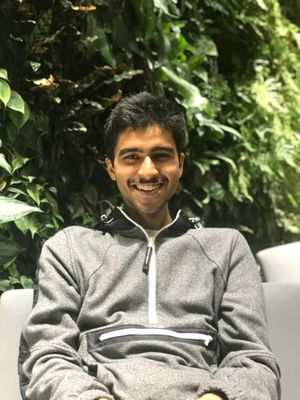