CBS.  Nike. Google. These well-known leaders in business are not exempt from gender-related scandals. While these stories may only make headlines for a few days, systemic gender discrimination in the workplace is constant. Less airtime, #MeToo, and a so-called “motherhood penalty,” are realities for organizations across the world.

About 42% of women declare having faced gender-based discrimination in the workplace. They are also 5 times more likely than men to report having been paid less than somebody of the opposite sex doing the same job (25% of women versus 5% of men), and almost 4 times more likely than men to report having been treated as if they were not competent (23% versus 6%).  Lean In and McKinsey recently released their fourth annual Women in the Workplace report. This analysis of almost 300 companies reveals the underrepresentation of women in the corporate pipeline and the uneven playing field they face. Women are less likely to receive support from managers, access to senior leaders, or a spot in the C-Suite. Women represent 12.8% of all chief financial officers and 19% of chief information officers. Finally, at the highest rank, only 24 CEOs of Fortune 500 companies are women. This number dropped by 25% between 2017 and 2018.

How does gender diversity benefit companies?

However, numerous studies have come to prove that gender diversity benefits companies. It both contributes to effective teamwork and positively impacts profit. On the contrary, having a culture that allows discrimination makes it harder for companies to retain employees.  Women on Boards, a 2015 report by the financial services firm MSCI reveals that companies with strong female leadership (meaning having more than 3 women on the board, or a higher percentage of women on the board than their country’s average) generate a higher Return on Equity than companies without; 10.1% versus 7.4%. A team of researchers at the Credit Suisse Research Institute also found that companies with one or more women on the board delivered better average growth.

It should be noted that meta-analyses in academic journals examining board gender diversity and company performance have found that the impacts of women are actually negligible. The representation of women doesn’t show tremendous improvements in performance but it doesn’t make companies worse off either. This isn’t a reason to reexamine workplace equality - it’s a reason to reexamine how studies are conducted and cited and how inferences are made.

How does gender diversity impact teams?

In a climate where companies are constantly seeking to innovate, diverse teams are an asset. People of different genders or races bring unique experiences and perspectives to the table when discussing an issue or handling a task. This leads to reduced risks of groupthink, a situation where people make non-optimal decisions caused by an urge to preserve the group harmony rather than expressing a dissenting opinion.

Business professors Cristian Deszö of the University of Maryland and David Ross of Columbia University found that companies with a focus on innovation saw higher financial gains when they had women in their leadership.

On the flipside, companies that neglect their culture suffer the consequences. According to Tech Leavers, a 2017 study by the Kapor Center for Social Impact and Harris Poll, workplace culture is a significant factor in employee turnover and has an important impact on the retention of underrepresented groups in the tech industry. Problems for women include unwanted sexual attention, which 10% report experiencing. Ultimately, replacing employees presents an important cost, $16 billion according to the report.

Where should we start to find solutions? Data.

There is good news in light of all this information: the amount of positive actions organizations can take is vast. What we have found in conversations related to our club Gender Balance Consulting is that companies really want to do the right thing, they are often just not sure how they can.

The first thing an organization can do is amp up their reporting initiatives. Knowing exactly where they stand on gender equality measures is the best way to understand how to move forward. Research from the Wharton Social Impact Initiative encourages organizations to examine four areas: representation, pay, health, and satisfaction.

This analysis doesn’t always have to involve numerous complex analyses. One of the simplest measures we have seen is the gender consultancy 20-first’s “gender jaws” graph.

The x-axis measures position starting at entry level and ending at C-suite. The y-axis measures percentages of women and men in each level. We would add that organizations also track their representation of gender non-conforming folks who do not fit this binary.

With this measure, managers can identify where their issues lie: in hiring, promoting, and/or retaining. Many companies report on the number of women they have in leadership roles which is great but not enough for a full picture of their leadership pipeline.

There is a lot that can be done.

An organization with a recruiting issue should examine the language in their job description use gender-neutral titles. They can also consider processes like gender-blind resume screening and invest in programs to capture diverse talent earlier. Managers should track their feedback and time spent with each employee as these are associated with promotions according to the Women in the Workplace report.

Offering maternity and paternity leave as well as smooth transitions back into the workplace encourages employee retention.  Concrete goals can be set for gender representation. The Brazilian cosmetics company Natura incorporates social impact goals in their manager evaluation and bonuses just as they do financial metrics.  Stephenie Foster, a partner at Smash Strategies, recently wrote about how startups can focus on gender. The above steps are applicable to any size organization and any industry. Commitment from leadership to a few of these actions will contribute to more successful workplaces for all.

This is a Guest Contribution by Becca Bean and Emily Despinoy, members of the Huntsman Program in International Studies and Business’s class of 2021 at the University of Pennsylvania. They served on GRC project teams together in the 2017-18 school year looking at youth unemployment in Latin America and nonprofit advisory boards. Becca is the co-founder and co-president of Gender Balance Consulting and Emily is a founding member and consultant. Both are passionate about gender equality in the workplace. 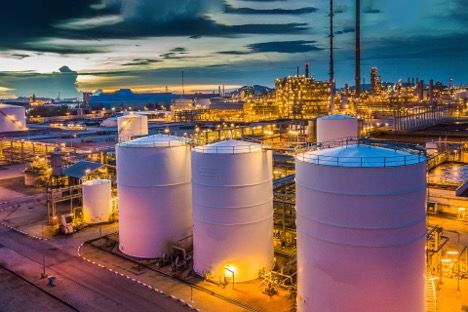