What is the "low fertility trap"?

However, along with economic development and social changes, the total fertility rate of all parts of the world has been declining repeatedly. According to data from Wind, in more and more countries, the total fertility rate has fallen below the level of generational replacement, and some have fallen below 1.5. For example, in the 1980s, the total fertility rates of Italy and Spain fell below 1.5. Then in the 1990s, European countries such as Slovenia, Bulgaria, Czech Republic, Latvia, and Asia's Japan, South Korea, and Singapore also entered this range. This situation is also spreading in Europe and Asia. For a long period of time, the total fertility rate of these countries has almost never returned to above 1.5, and some have even dropped to below 1.3. The emergence and continuation of this "fertility decline" have attracted widespread attention and deep concern from the government, academia, and even the business community: if the total fertility rate is maintained at an ultra-low level below 1.5 for a long time, many fields such as the economic vitality, labor supply, old-age medical system, intergenerational equity, comprehensive competitiveness, political and cultural influence will face huge challenges in the future. The total population will inevitably shrink, and eventually even die out. 4

In this context, the concept of the "low fertility trap" was proposed.4 According to the authors, once the total fertility rate drops below 1.5, it will become very difficult to return to above 1.5.4 Because of this, 1.5 is recognized as the warning line for total fertility.

Because of the increasingly severe population situation, the "low fertility trap" has been frequently mentioned in academia in recent years, but the attitudes of scholars are not exactly the same. Now, the Ministry of Civil Affairs officially admitted for the first time that the total fertility rate in China has fallen below the warning line. Obviously, China has entered the "low fertility trap" interval. All of this is due to the weakening of the willingness of Chinese people to give birth. The best proof is that the birth rate has not continued to rise due to the "comprehensive two-child policy".

Why are young people in this class unwilling to have babies? The first reason is economic pressure. According to data gathered by the Suning Finance Research Center, among the 10 cities in China with the highest cost of raising a baby, Beijing, Shanghai, Shenzhen, and Guangzhou ranked the highest, all with more than 2 million yuan5. What's more, the high housing prices in first- and second-tier cities in China and the expenditure on medical care and pensions have not been counted, and these are also the sources of pressure that make people not want to have a baby.

In addition, according to the Suning Finance Research Center, there are two other reasons that hinder the increase in fertility: 5

On the one hand, the traditional Chinese concept of "multiple children, more blessings" has drifted away. In the eyes of many parents, in today's highly competitive society, it is necessary to find ways to increase various investments in the growth of children, so as to enable their children to gain an advantage from the competition in the future and stand out; but if one more baby is born, it is inevitable that the various costs of children will increase exponentially, and this has become "multiple children, more negatives." As a result, the "less nourishment" approach has become the first choice of many Chinese parents.

On the other hand, the status of women has been significantly improved. At present, the proportion of professional women and intellectual women among Chinese women is increasing year by year. This group of modern women advocates being able to be economically independent, self-reliant in life, and having a certain status and dignity in society. They like to design and plan by themselves to seek their own ideals instead of being a traditional housewife who is financially dependent on her husband and focuses on childbirth and housework in her life. Hence, childbirth has become an obstacle and burden, and more and more women choose to have fewer or no children.

Can China get rid of the "low fertility trap"?

Is it really impossible to get rid of the "low fertility trap"? The answer is negative.

Although this hypothesis has caused great anxiety and even panic in many countries at the beginning of its publication, according to Wind data, the total fertility rate in Russia has risen from 1.29 in 2005 to 1.5 in 2008 in just three years. In addition, since 2008, the total fertility rate of Belarus, Switzerland, Estonia, Bulgaria, Czech Republic, Slovenia, and many other European countries have returned to more than 1.5. From the data point of view, these countries have already got rid of the “low fertility trap”. 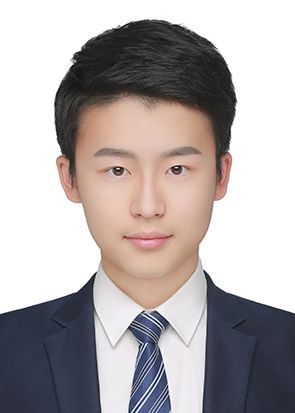