There is no doubt that the United States is a huge consumer of energy. Despite having only 5% of the world's population, it uses up 17% of the energy produced globally. This is even more concerning given demand is expected to steadily increase, yet oil is expected to run out in the next 55 years, all while only 17% of the energy in the United States produced in 2018 was from renewable sources.

Efforts have been made to address this problem of energy security, as renewable energy capacity has grown by over 115% between 2000 and 2015, making them the fastest-growing sources of energy.

Despite having only 5% of the world's population, it uses up 17% of the energy produced globally.

However, there fails to be enough momentum with pushing carbon-free initiatives as they are still not as financially enticing as fossil fuels. In fact, the EIA projects that renewable sources’ growth rates will level off in the long run while natural gas will continue to grow.

Although this is looked upon by many as a very conservative view of renewable energy’s potential, it still signifies that more must be done to promote their implementation. This is why leaders in the field have turned to AI, a tool that has provided countless breakthroughs in countless fields ranging anywhere from medicine to sports.

By ensuring we produce and consume energy with renewable energy as efficiently as possible, AI is helping pave the path toward a more sustainable future for the United States.

AI has the ability to revolutionize renewable energy starting from the most fundamental level: the production of the infrastructure. For one, machine learning reduces costs in the manufacturing process by reducing supply chain errors by 50%, reducing maintenance costs by 10%, reducing scrap rates, and allowing for a higher yield.

In addition to this, AI has the ability to optimize the engineering behind the technology as well. For example, designing recyclable solar panels could generate economic gains in excess of $15 billion by 2050, but the ability to find the right mix of materials with the appropriate chemical properties involves very complex scientific principles.

However, with the help of Ada (Autonomous Discovery Accelerator), the world’s first autonomously driven laboratory, scientists are delegating these complex computations to AI to accelerate discoveries that would vastly change the economic feasibility of solar power.

Machine-learning reduces costs in the manufacturing process by reducing supply chain errors by 50%, reducing maintenance costs by 10%, reducing scrap rates, and allowing for a higher yield

Furthermore, renewable energy sources are currently much more labor-intensive than fossil fuel plants due to the installation and maintenance demands the current state of infrastructure requires. Although this is good for creating jobs, it is a huge cost for businesses looking to be involved with renewable energy.

Luckily, the capability of AI to monitor millions of parameters of equipment simultaneously makes it a powerful tool for addressing this problem. In the United States, a number of utility companies utilize machine learning from companies such as SpaceTimeInsight to monitor equipment to reduce wind turbine failure rates and schedule maintenance in advance to reduce costs.

Additionally, AI-assisted training for the design and operation of these sources can make these systems much more cost-effective. In the case of wind farms, the turbine heads can be taught to orient themselves actively to capture a greater fraction of the incoming wind.

One of the biggest considerations that must be taken into account when considering renewable energy sources is the weather, as that is key in indicating when sources are available.

Many of the current states where renewable energy is more prevalent have some geographic features or climates that provide them with consistent sources of energy, such as California with solar and Iowa with wind.

However, in many places, the weather may be inconsistent in the amount of energy that is available to harness. Given this, being able to forecast weather more efficiently is crucial in allowing for renewable energy in more areas around the country.

This is where AI comes in.

Implementing machine learning allows for the ability to process hundreds of terabytes of data from weather station measurements, historical patterns, satellite images, and data from wind turbines, which has significantly improved the accuracy and decreased costs of forecasts.

Traditionally, a power company will gather 12 months of data to evaluate a potential farm location. Machine-learning systems, on the other hand, can produce more accurate models with just three months of data by correlating data from multiple sites and weather stations.

This allows for a cheaper and faster integration into new areas, a critical factor for augmenting the growth of renewable energy.

Forecasting allowed them to predict wind power output 36 hours in advance, boosting the value of the energy produced by roughly 20 percent because knowing when energy will be available increases its value on the market.

Approaches such as these could strengthen the business case for wind power and other renewable energy sources in an effort to promote carbon-free energy overall.

AI would also optimize the power grid overall to ensure that we have the best use of the energy available.

Forecasting allowed them to predict wind power output 36 hours in advance, boosting the value of the energy produced by roughly 20 percent because knowing when energy will be available increases its value on the market.

Smart metering of homes would allow for houses to be better integrated into the overall power grid by ensuring they are linked more directly to everything as a whole.

It would help track and learn to predict human demand for energy, using relevant data points such as weather predictions, time of day, and more.

A smart power grid would be able to communicate with power plants, meaning that fossil fuel plants could be told to produce energy in advance only when the demand is projected to be too high for renewables to cover, helping wean off of fossil fuels in a cost-effective manner.

Furthermore, it would be able to optimize the use of the energy itself. DeepMind was able to leverage AI in reducing the amount of energy used by 40% at Google’s data centers, which manages information for over a third of all internet users.

Large scale use of this on a national level grid could drastically decrease the amount of energy consumed, making the prospect of going completely carbon-free much closer to reality

Overall, AI has many capabilities and many ways to be applied to the renewable energy industry. Not only does it reduce costs for maintaining and building infrastructure, but it enhances the process of collecting and distributing the energy significantly.

All these factors have a major impact on driving down costs and improving renewable energy’s ability to be integrated into a society that has grown accustomed to fossil fuels.

As AI develops further and is used for longer, these improvements will grow even more powerful, propelling us even faster toward a greener future as a country. 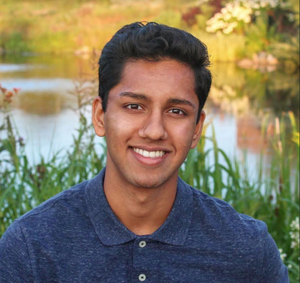