In September of 2020, war erupted unexpectedly in the Caucasus region directly east of Turkey, between Armenia and Azerbaijan. It was a brutal and intense conflict that brought an end to the 26-year peace in the region and resumed the tumultuous, century-long dispute between Armenia and Azerbaijan over land in the southern Caucasus. The disputed land is a region known as Nagorno-Karabakh, or Artsakh, and it has been part of Armenia since the 4th century AD. Today the region is internationally recognized as part of Azerbaijan, despite the fact that most of it is governed by the unrecognized Republic of Artsakh (formerly part of Armenia) and 99% of its population are ethnic Armenians[1]. Although the 2020 conflict lasted only 44 days, it resulted in the deaths of over 7000 soldiers and at least 150 civilians, severe environmental damage, and major destruction to several important Artsakh cities. Even more distressing were the inhumane war crimes, torture, and abuse, mostly perpetrated by Azerbaijani soldiers against Armenians, during the war.

After the Russian Revolution in 1917 and subsequent fall of the Russian Empire, tensions rose between Armenia and Azerbaijan over who would control the land of Artsakh. After becoming dictator under the Soviet Union, Stalin decided to give Nagorno-Karabakh, formerly Armenian land, to the Azerbaijan S.S.R. despite 94% of Karabakh’s population being ethnically Armenian at the time[2]. Fast-forwarding 60 years, as the Soviet Union was crumbling in 1987, the Armenians of Nagorno-Karabakh began calling for the reunification of Nagorno-Karabakh with Armenia. In response, the Azerbaijani president launched massacres against Armenians in several major Azerbaijani cities[3]. The Azeri aggression sparked intense fighting between Armenia and Azerbaijan, which only increased when both Armenia and Nagorno-Karabakh declared independence from Russia. The fighting eventually escalated into a full-scale war and lasted from 1992-1994, in what would become known as the First Nagorno-Karabakh War. It was devastating, resulting in 30,000 deaths, the displacement of over a million Armenians and Azeris, and severe ethnic cleansing. The First Nagorno-Karabakh War was halted by a temporary ceasefire brokered by Russia. However, since this was only a temporary solution, several peace talks between Armenia and Azerbaijan were held with the goal of reaching a more stable settlement. Unfortunately, the talks were unsuccessful, failing to produce a formal peace treaty. Thus Nagorno-Karabakh remained in a legal state of limbo; the Republic of Artsakh became the de facto independent yet internationally unrecognized state in the region. Over the next 25 years, there was intermittent fighting and the Armenia-Azerbaijan border was left as one of the three most militarized borders in the world[2].

In recent years, President Ilham Aliyev of Azerbaijan has been stockpiling his arsenal, buying aircraft, autonomous drones, and weapons amounting to $10 billion from nearby countries like Turkey, Israel, and Russia[4]. He has also hired thousands of Syrian and Turkish mercenaries and issued nationalistic state propaganda rallying the young men of Azerbaijan to militate against Armenians[5]. All of this suggests a long-term preparation for war. Meanwhile Armenian Prime Minister Nikol Pashinyan did not take necessary steps to bolster Armenia’s defenses, and so Armenia was caught unawares when Azerbaijan launched a surprise attack on Stepanakert, the capital of Artsakh, on September 27, 2020.

The surprise attack on Stepanakert resulted in 100 soldier deaths and 10 civilians deaths, with hundreds wounded[6]. This sparked a brutal 44-day conflict, which culminated in over 7000 casualties and severe destruction to the land and cities of Artsakh. One cause for the high death toll was that Azerbaijan employed Turkish and Syrian mercenaries, who were treated as a cheap, disposal supply of military strength. Often inexperienced soldiers, these mercenaries allowed Azerbaijan to execute expensive offensive attacks because their great numbers offset the many casualties on the Azeri side, and they were described as “cannon fodder”[7]. By a month into the war, the constant attacks had all but decimated major Artsakh cities. In Stepanakert, all the women and children had left by the end of October, and the remaining men were packed into basements and cellars, seeking cover from the daily artillery fire bombing the city. Scenes from the city are reminiscent of World War 1, as the battle was fought with mostly trench warfare. Young men would huddle in shallow, narrow trenches, while decaying bodies of fallen soldiers would be scattered across no man’s land[8]. Similar scenes could be seen throughout Nagorno-Karabakh, as over 150,000 Armenians fled the region, with most of the remaining citizens being relegated to underground shelters[1]. Throughout the war, and even after the final ceasefire had been declared on November 10, documentation of several hideous war crimes has emerged. Notably, there has been the direct and indiscriminate bombing of civilian areas, the use of cluster munitions and incendiary chemical weapons such as White Phosphorus, and brutal torture and abuse against prisoners of war and captured civilians. All of these activities are directly prohibited by the Geneva Convention and constitute war crimes under international humanitarian law. While some of this existed on both sides, the vast majority of it was perpetrated by Azeri soldiers.

Crimes Against POWs and Captured Civilians

During and after the war, videos have been released on social media of Azerbaijani soldiers abusing and tormenting Armenian soldiers and captured civilians. The videos often depict Azerbaijani servicemen beating and prodding Armenian POWs and forcing them to kiss the Azerbaijani flag, praise Azerbaijani President Ilham Aliyev, and declare that Nagorno-Karabakh is Azerbaijan[9]. These videos could get quite graphic, even including mutilation of corpses, repeated beating and prodding, and the disgraced bodies of beheaded Armenian servicemen. What’s more, the Azeri soldiers conducting the violence openly displayed their faces and spoke clearly in the videos, indicating that they had no fear of being punished by their government for their crimes[10].

On several occasions, photos and videos of beheaded Armenian soldiers were posted to social media sites like Telegram. Arman Tatoyan, the Human Rights Ombudsman of Armenia, reported that Azeri soldiers contacted the brother of an Armenian soldier and told him that they beheaded his brother and were going to post it online. The image of the beheaded soldier was later posted to the soldier’s own social media page. In many of the videos, Armenian soldiers are forced to denounce their country and praise the Azerbaijani president and flag[10].

Soldiers that were taken into custody reported being regularly beaten and abused by their Azerbaijani captors, and forced to praise Azerbaijan and its president. In the Azerbaijani National Security Ministry Detention, POWs were subjected to severe physical and psychological abuse, including beatings, electric shocks, intense forced exercise, starvation, and sleep deprivation. One soldier described the treatment at this facility:

“It began as soon as we were brought to the military police in Baku – they beat us nonstop for one-and-a-half to two hours, pushing us to the ground, punching, and kicking us, two or three of them working on each of us. Once we were in the cells – I was put in a cell with another man from our group – they would run in, in small groups, several times a day and beat us…They mostly beat us on the arms and the upper body. My upper arms were literally black and blue…I actually told them, “If you want to ask me any question, all it takes is to ask. If you want to kill me, just kill me. But do not do this to me!”[11]

From the beginning of the war, Azerbaijan consistently bombed several Artsakh cities, inhabited mainly by civilians with no significant defense infrastructure. Azerbaijan regularly used unmanned aerial vehicles (UAVs) in these bombings. Striking UAVs are weapons with extremely high accuracy, so their use in civilian areas proves that Azerbaijan purposely targeted the civilian population. Such regular intimidation of civilian areas with UAVs is prohibited by international humanitarian law[10]. Videos captured by UAVs depicting buildings and armored vehicles being obliterated with dead accuracy from hundreds of feet up, with shrapnel exploding in all directions[3]. Although the front lines were several miles from most cities, which would easily be far enough to avoid attacking civilian areas, the bombings were still indiscriminate. Important facilities such as schools, churches, and hospitals were often directly targeted, as well as crucial infrastructure such as the electricity control center for Nagorno-Karabakh and the administrative center of the only telecommunications provider in the region. Without these centers, Artsakh cities experienced long power outages and gaps in their communication with the outside world[12]. The Azeris would often use fundamentally inaccurate weapons to bomb civilian areas, such as mortars and cluster munitions, which would spray projectiles indiscriminately over a wide area. These weapons can kill civilians either directly, from the initial blast, or indirectly, as a result of fires, flying debris and collapsing buildings, and the damaged infrastructure of buildings weakened by nearby explosions could remain a safety hazard for weeks after the attack, threatening collapse at any moment[13]. Furthermore, not all of the weapons would go off immediately, with the undetonated portions scattered amidst the debris effectively making the targeted areas into a mine-field. In total 50 civilians were killed and 148 were wounded on the Armenian side by the end of the war[10].

Cluster munitions, air-dropped explosives that spray smaller munitions and shrapnel over a wide area upon impact, were used frequently by Azeri forces. Their production, stockpiling and use was banned by the UN’s 2008 Convention on Cluster Munitions. Journalists visiting Artaksh captured photos of debris from rockets and projectiles strewn throughout city streets and private residences shortly after the war[12].

According to reports from the Humanitarian Rights Ombudsman of the Republic of Artsakh, Artak Beglaryan, Azerbaijani forces used chemical weapons in targeted attacks on the forests of Artsakh, causing massive fiery explosions and severe environmental damage. These attacks were believed to have used White Phosphorus, a highly incendiary and toxic substance that ignites upon exposure to air[14]. Similar weapons of mass destruction were infamously used by the US military against the Viet Cong during the Vietnam war, causing widespread environmental degradation and long-term health complications for anyone in the vicinity.

Looking To The Future

Although the recent conflict was brought to an end, there has not been a permanent stable resolution to Armenia’s and Azerbaijan’s competing interests in the region. While Azerbaijan wants to annex Nagorno-Karabakh in order to form a unified state with nearby Turkic-speaking nations like Turkey, Armenians feel that the encroachment of Azerbaijan is an existential threat, and there is constant fear of the repetition of historical atrocities such as the Armenian Genocide of 1915 and the ethnic cleansing from the First Nagorno-Karabakh War. The current ceasefire is only a temporary resolution meant to bring an end to the warfare, but its agreements are tentative and set to expire in under 5 years[15]. Furthermore, the enforcement of the ceasefire relies on the presence of Russian peacekeeping troops in the region - as soon as the Russian presence ends, the situation will likely devolve into war again, as previous attempts to impose a ceasefire did not last without Russian intervention. For the near future, the Nagorno-Karabakh region will likely remain highly militarized as it works towards a more stable solution.

[2] Blakemore, Erin. “How the Nagorno-Karabakh conflict has been shaped by past empires.” National Geographic. October 15, 2020. Accessed February 1, 2022. https://www.nationalgeographic.com/history/article/how-nagorno-karabakh-conflict-shaped-by-past-empires?fbclid=IwAR3O9QfRMMcE2kL3ixBrpeVLXXll-NHpYR95GQupk1-gpdkVSHngxb9zqbc.

[8] Coakley, Amanda. “Armenians hope their fighting spirit will save them amid Nagorno-Karabakh conflict.” The Irish Times. October 28, 2020. Accessed February 1, 2022. https://www.irishtimes.com/news/world/europe/armenians-hope-their-fighting-spirit-will-save-them-amid-nagorno-karabakh-conflict-1.4393547.

[14] Human Rights Ombudsman of the Republic of Artsakh. “Ad Hoc Public Report on the Use of Incendiary Ammunition of Mass Destruction (Incendiary Weapon) Against Civilian Objects of Artsakh (Nagorno-Karabakh) by the Azerbaijani Armed Forces.” November 7, 2020. Accessed February 1, 2022. https://artsakhombuds.am/en/document/761. 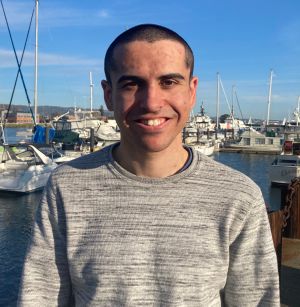