In 2018, Deloitte reported that companies have shifted away from a purely profit-driven business model to one that is more cognizant of their footprint in the larger societal context. However, some companies have been part of an even larger shift—one in which an enterprise's mission and business model include tackling a social problem. This idea, though, is not new. The fact that profit isn’t diametrically opposed to welfare can be understood on a historical, macroeconomic scale. For example, despite capitalism’s numerous flaws, this economic system has no doubt revolutionized the world in terms of welfare; the proportion of the global population living in extreme poverty (defined as less than $1.90 a day) has dropped from more than 90% in 1820 to around 10% in 2020.

By similarly leveraging efficiencies of a free-market system, social enterprises—for-profit companies that aim to make the world a better place—have recently gained prominence. For instance, Tesla, the United States’ electric-vehicle sales leader, has a mission to “accelerate the world’s transition to sustainable energy” as compared to McKinsey’s mission which is to “help our clients make distinctive, lasting, and substantial improvements in their performance and to build a great firm that attracts, develops, excites, and retains exceptional people.” Tesla has a clear added social benefit, namely a cleaner energy system and better environment, in its goals and has delivered on such so far. This social enterprise founded by Elon Musk has driven the revival of interest in electric vehicles which led the total number of deployed electric vehicles to balloon to over 5,000,000 in 2018 from less than 500,000 in the early 2010s.

Similar innovative business models can be seen in other areas of social good work. For instance, Grameen Bank, a microfinance company founded in Bangladesh provides microloans to those in poverty who wouldn’t usually qualify for institutional banks’ loans. The idea behind a microfinance company is to support entrepreneurship by the poor which would afford them sustainable income to break the poverty cycle. In Economics Nobel Prize Winners Abhijit Banerjee and Esther Duflo’s book, Poor Economics, Banerjee and Duflo describe a randomized-controlled-trial that they ran to test the efficacy of microfinance companies on improving welfare. They found that there was clear evidence that microfinance was working about 15-18 months after its introduction, making those who had access to such companies more likely to have started a business. As a social enterprise, Grameen Bank was the bank that effectively started the microcredit revolution and has dispersed about 24 billion dollars among 9 million borrowers.

But what really makes a social enterprise a social enterprise as compared to a non-profit that sells a product or service? In fact, there even are microfinance nonprofits, such as ACCION International, which does similar work in 50 countries with 110 partner organizations. The primary difference between the two is the source of funding—for-profits raise money from private investors in exchange for equity/dividends whereas nonprofits raise money from donations. This means that investors in social enterprises also expect a return on investment and for the company’s value to grow over time. Of course, another difference is that nonprofits are exempt from federal income taxes and other federal/state taxes as well as that donations to such nonprofits are tax deductible. At the end of the day, though, both are committed to making a positive social impact. Social enterprises often intertwine their mission of profit-making and impact-making so that making money directly translates to making a change. For example, the car-sharing company Zipcar aims to enable simple and responsible urban living and makes profit by charging users for access to its vehicles. By increasing their user base (which increases their profits), they decrease car ownership rates which reduces congestion and pollution.

Given the differing benefits and consequences of each, some social entrepreneurs have even turned to a hybrid for-profit and nonprofit system. For example, consider the popular Mozilla Firefox web browser. The nonprofit Mozilla Foundation created the for-profit Mozilla Corporation which earns money through the Firefox web browser and then donates 2% back to the Foundation. Combining these funds and community donations, the Foundation advocates and supports an open, accessible Internet with an emphasis on making sure the Internet can benefit everybody. Similarly, the Corporation also follows the same principles as the Foundation, making sure that the web browser emphasizes privacy and security as well as easy access for all. With this hybrid model, Mozilla is able to capitalize on both the benefits of for-profit and nonprofit models to make the most possible difference. On the other hand, there are added challenges with a hybrid approach, because there are numerous administrative and financial concerns when managing two separate entities, one of which is for-profit and the other of which is nonprofit. Additionally, the mission of the for-profit and nonprofit entities may come into conflict and trade offs may become necessary between making profit and serving others.

From the 250 million people affected by depression to the 700 million people living in extreme poverty, there are countless societal challenges that face our global community. But there are also countless ways to make a difference. And though in the past, nonprofits such as the Red Cross or the Gates Foundation have taken the lead in creating change, the recent rise in social enterprise suggests that there isn’t a dichotomy between making money and making change. The future of social impact will be demarcated by corporations that ask the question: “how can we make money and make change?” 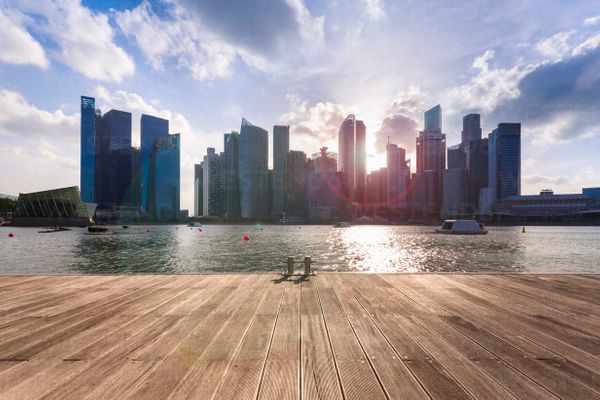