With the third-largest proven oil reserves in the world, oil has long played an important role in the Canadian economy. While this resource has been extremely valuable in the past, there are signs that its utility may come to an end. While Canada is not considered a petrostate and does possess a diversified economy, oil nevertheless continues to play an important role. And although Canada does not face the same existential threat that actual petrostates face with the world’s shift away from oil, it is nevertheless prudent to consider what the economic effects will be. With climate change on everyone’s mind, the future of this resource has been called into question, and we should be concerned about how the economic gap left by oil will be filled.

Canada is the sixth-largest energy producer in the world and a net exporter of energy. Fossil fuels make a large contribution to this, making up about 18% of Canadian exports. As the oil crash of March 2020 showed, the value of the Canadian dollar is heavily tied to oil. Recent developments such as Biden’s cancellation of the Keystone XL pipeline do not bode well for Canadian oil, as 81% of Canada’s oil production is exported to the USA. While oil exports to the US are expected to grow regardless, this is an indication of the increasing political baggage that makes the future expansion of oil production and infrastructure unlikely.

Furthermore, President Biden’s recently announced infrastructure plan puts a large focus on electric vehicles, which could significantly reduce America’s oil demand. In addition to the negative environmental impact and unsustainable nature of oil, another phenomenon that threatens to disrupt the Canadian oil industry is climate-conscious investing. Foreign financial institutions such as Blackrock have begun divesting from Alberta’s oil industry in an effort to appear more climate-conscious, limiting the oil and gas industries’ potential for expansion . Knowing the environmental impact, disinterest from investors, and inevitably decreased demand, what can Canada do to replace oil? Needless to say, the acceleration of the world’s shift away from fossil fuels means that this is not an economic resource Canada can depend on.

What about renewables? Canada has a comparatively large renewable energy sector, with the sixth-largest installed capacity in the world. About 60% of the electricity used domestically comes from hydroelectric sources, and wind and solar are also quickly growing. However, there is still a long way to go. All forms of renewable energy only account for 7.3% of Canadian energy production, and although hydroelectric power does contribute a lot specifically to electricity production, other forms of renewables including wind and solar are still lagging behind.

Then there's the fact that hydropower, which contributes significantly to the 10% of Canadian electricity production exported to the U.S., has problems of its own. Building reservoirs required for hydroelectric facilities causes severe ecological damage and significantly harms Indigenous communities in the vicinity. When the goal of switching to renewable energy is environmental, it seems counterproductive when the source of renewable energy causes other types of environmental harm. Although the wind and solar sectors are growing, they are comparatively less developed and still have a minimal contribution to Canadian energy production.

With domestic demand not close to being fulfilled by renewable sources, the prospect of exporting renewable energy seems dim. Furthermore, renewables are simply less attractive than oil as an economic resource. Electricity generated by renewables is substantially more difficult to transport over long distances, and therefore less useful as a potential export. Considering this, perhaps the solution is not to replace oil and gas with renewables within the energy sector, but instead to reduce dependence on the energy sector altogether.

Oil is more critical to some regions of Canada than others. Canada’s richest province by GDP per capita, the oil-rich Alberta, attributes 30% of its economic activity to the oil and gas sector. Alberta has long struggled to diversify its economy when compared to other previously oil-dependent regions such as Texas and Norway. As oil declines in relevance going forward, Alberta will be disproportionately impacted. Heavily oil-dependent nations like those in the Gulf such as the UAE have been trying to shake their dependence on oil, and their replacement is not other forms of energy. Rather in the UAE’s case, they are trying to diversify by expanding their technology and tourism sectors. Canada and Alberta should pursue a similar strategy, and given it has other already developed economic sectors, it may find this easier than petrostates such as the UAE.

Perhaps Canada needs to turn away from being an energy exporter altogether. While Canada should expand its renewable energy sector to reduce domestic fossil fuel usage, renewables may not be a feasible export strategy. Despite energy being a significant part of Canada’s export policy, without fossil fuels, energy’s importance will shrink substantially. Knowing this, we take steps to diversify away from energy while still building renewable energy infrastructure to increase domestic consumption. From both an economic and environmental standpoint, oil does not seem like the way forward. There are a few different economic futures for Canada, and none of them are likely to involve oil in the long term. What will fill this economic hole remains to be seen, but in any case, we will likely all be better off in the future without oil. 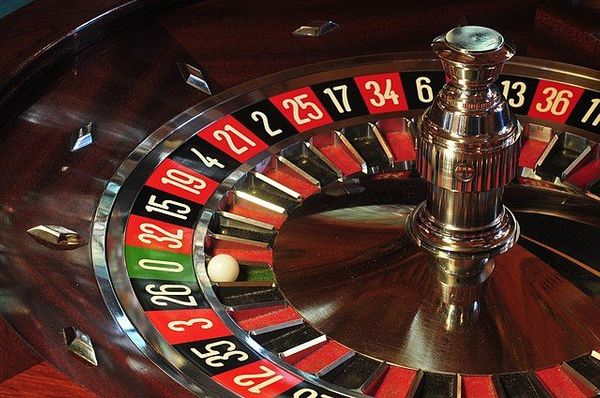 Why Companies are Leaving Silicon Valley: The “Ideal” Location for Startups