In recent years, carbon offsets have become an increasingly popular mechanism to neutralize a consumer’s carbon emissions in the online shopping and aviation industries. The process involves calculating the value of one’s carbon footprint in monetary terms and choosing to contribute the equivalent amount to environmental initiatives such as planting trees or promoting renewable energy.

It is clear that carbon offsets are intended to have a positive environmental impact by raising awareness and supporting global attempts to fight climate change. The growth of the offset market should therefore be seen as a sign that both consumers and companies are making more eco-conscious decisions. However, research into the nature of existing products has shown that carbon offsets can have mixed effects on consumer behavior and attitudes towards sustainability.

After the release of Al Gore’s “An Inconvenient Truth”, the voluntary carbon offset market grew by more than fifty percent in just two months. Last year, following Greta Thunberg’s courageous trip across the Atlantic Ocean in a sailboat, the aviation industry also increased its carbon offset offerings considerably. The general response to these media campaigns confirm that the popularity of carbon offsets is affected by the public’s exposure to environmental issues. A more knowledgeable individual chooses to purchase a carbon offset because they associate this action with contributing to a better world.

One useful feature of a carbon offset purchase is that it draws attention to a consumer’s carbon footprint. Many websites now inform consumers of the carbon emissions associated with their purchase before checkout and give them the option to buy a carbon offset of the equivalent value. Historically, consumers would not have had access to this information and so, theoretically speaking, they are now better equipped to evaluate and reconsider their environmental impact.

Despite its positive associations, there are two major flaws in the typical carbon offset offering that limit consumer engagement and therefore hinder the potential of offsets to make a valuable contribution to the environment:

A 2019 study conducted at the University of Kassel in Germany focused on addressing both of these issues. This involved analyzing a large field experiment of more than 10 000 contributions to a carbon offsetting program in the context of online bus ticket sales. Their results show that the requirement of an active choice or ‘opt-out’ design increased offset participation rates by more than 50% and did not affect returning customer rates. The authors also presented evidence to support the fact that having to ‘opt-out’ forced customers to confront their guilt and therefore decreased the occurrence of free-riding.

Guilt can be a very powerful tool when it comes to the environment. If a person feels guilty about something, they are more likely to adjust their actions in a favorable manner. With regard to sustainability, these adjustments could manifest themselves in the form of installing solar panels, taking fewer flights or recycling more regularly.

There are concerns that carbon offsets alleviate consumer guilt too effectively. As a result of this, they may be used to justify participation in more unsustainable activities and discourage consumers from switching to more environmentally friendly alternatives. In 2013, a team of researchers at Stanford University found evidence to support this ‘rebound effect’ hypothesis. In their study of 750 households, many individuals who voluntarily sign up for carbon offsets actually increase their electricity consumption following adoption, despite the additional financial burden of this decision.

The Future of Carbon Offsets

Following some design and marketing improvements, carbon offsets could definitely be an effective tool to tackle climate change and should not be abandoned entirely. However, one must be aware of their limitations and not allow offsets to distract from the need to reduce carbon emissions across all industries. In a perfect world, carbon offsets should only be used to neutralize unavoidable carbon emissions in a supply chain or as a temporary measure while more sustainable alternatives are developed.

One can see that the average consumer purchases a carbon offset with positive intentions. Further awareness and environmental education will serve to limit the harmful ‘rebound effect’ and encourage consumers to complement their offset purchase with other sustainable practices. If this is achieved, further growth in the carbon offset market will be extremely valuable, and warmly welcomed by environmental advocates. 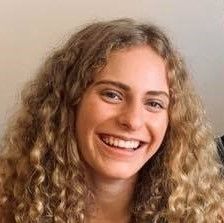