Majority-wise cities have become synonymous with being overpopulated, cramped, noisy, crime-ridden, and polluted. Approximately 70% of global carbon emissions currently originate from cities themselves, and according to the UN, the world’s population within cities is projected to increase to 60 % by 2030. But are these conceptions of cities warranted and can these statistics be changed?

Historically, urban planning has been key to accommodating the priorities of society. Medieval Europe, for example, accommodated cities for political and economic stability for trade and crafts, while still considering agricultural growth. However, a large problem being faced in the modern age, is that there is less flexibility for urban planners to start from scratch to better accommodate modern needs and priorities.

As cities have evolved, adding and rebuilding to the existing formations or as new cities are created as needed, sustainability has become a buzz word for urban planning. One of the earlier conceptions of cities designed for sustainability was in 1898, a utopian society concept named the garden city movement was also conceived as a method of urban planning intended to create self-contained and -sustainable communities. It was not until 1991 that the United Nations Centre for Human Settlements (UNCHS) Sustainable Cities Programme attempted to define a sustainable city as one “where achievements in social, economic and physical development are made to last.” Ever since the industrial revolution cities have become a key variable to the wave of global warming concerns, while sustainability has been seen as the anti-venom solution to the threat of increasing global temperatures.

What Defines a Sustainable City?

More recently a sustainable city is defined as a city designed in consideration of its social, economic, environmental impact, and resilient habitat for existing populations, without compromising the ability of future generations to experience the same. The United Nations Sustainable Development Goals of 2015, pushed this definition further to additionally mean it requires a city’s investment in public transport, creating green public spaces, and urban planning and management.

Why Should Cities Become Sustainable?

There are a number of interdependent variables which benefit cities when attempting sustainability and they are listed as such:

1) Reduce climate disaster risks: disasters impact dense urban populations to a large scale and recognizing how to accommodate a city to floods, earthquakes, or other potential disasters is key to creating long-lasting sustainability.

4) Sustainable Lifestyles: increase in public spaces, safety, wellbeing and supporting culture to improve the quality of life. Despite the increase in life expectancy, we need to focus on improving lifestyles to increase the years of healthy life of humans themselves through external environment.

HOW HAVE CITIES BECOME SUSTAINABLE?

There are a number of examples of cities that have adapted towards sustainability to reduce these risks.

1) Copenhagen Green Culture: since 1995, Copenhagen has reduced carbon emissions by 50 per cent, which is no meagre feat in comparison with other cities attempts at sustainability. The city makes use of their flat planes and high winds from the sea with wind farms to support their energy consumption and it is a major contributor towards Copenhagen’s aim to be Carbon neutral by 2025.

Additionally, Copenhagen has a large biking culture where 36% of Copenhageners ride bikes to work and roads accommodate these riders with bike lanes and traffic lights. Recently, the city has adapted to the trend of e-scooter share system along with over 50 European cities, which allows people to rent a scooter to travel short distances through a city to reduce the use of less-fuel efficient cars.

2) China Sponge City Initiative: a number of cities within China have had problems with rapid floods after heavy rains resulting in temporary lakes appearing in pockets of the cities and surrounding areas. The floods have a massive economic cost of approximately 2.3 billion yuan.

The solution was creating the sponge city initiative, such as in the province of Wuhan, to use ecologically friendly methods to prevent floods and ‘absorb’ the additional water run-offs through use of sponge sites. With the example of Wuhan, 20% of the urban land is being converted to include sponge characteristics to accommodate the stormwater to reduce the burden on the population. Despite the concept of sponge cities not being a new concept, it is one of the largest scale applications and therefore it is leading the flood prevention using sustainability concepts.

3) San Francisco: the city is one of the cities leading efforts towards sustainability. The city’s waste reduction initiative to ban plastic bags and requiring every household to sort their personal waste has lead to a decrease of 12% greenhouse gas levels since 1990. Furthermore, their transportation systems have been adapted to contain hybrid electricity and energy-efficient railway systems. The water conservation efforts have also led to only using 49 gallons of water a day on average compared to 100 gallons statewide.

The ability of San Fransisco to develop to an energy-efficient and waste-conscious society is a lesson for all current cities, that while many cities already exist with large populations within their bounds, there is still the ability to adapt the way a city chooses for it to accommodate climate change concerns.

Where Lies the Future? 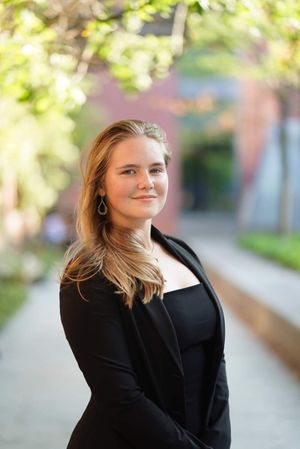