For the Americans fortunate enough to recover from a case of COVID-19, a crippling set of numbers awaits them on the other end: their medical bills. The pandemic has strained the healthcare system in the United States beyond what it is capable of handling as affected families find themselves unable to pay their hospital expenses. Despite efforts made by the Obama administration to decrease the amount of uninsured Americans and dissolve boundaries to accessing treatment, the United States’s resistance to providing government aid has rendered it impossible for many patients to receive the help that they need.

The history of the United States’s unequal, cut-throat healthcare system goes back to the 1940s. After workers redirected their efforts to World War II, many companies found themselves at a shortage of employees and needed to use aggressive tactics to appeal to those who were still capable of providing labor (1). As a result, they competed with one another to offer the most comprehensive healthcare plans to entice workers. While President Truman promoted a national healthcare system at the end of the war, businesses and medical associations vehemently opposed the effort since they saw an opportunity to extract an enormous amount of money from the American population. In this way, the United States veered away from the direction of solidarity that many European countries took at the time to support the wounded and ill returning from the global conflict.

Nowadays, the state-funded healthcare system that European, Asian, and African countries have continuously modified completely overshadows the disorganized, unjust alternative provided by the United States. Many countries have experimented with varying models that fall into three categories— single-payer, socialized, and privatized— with each one advocating for a regulated system that accounts for vulnerable patients in a collective effort (2). In order to determine how the US can relieve the burden which is being placed on patients across the country, it is necessary to analyze the paths that other countries have taken, which have historically succeeded in ranking higher than the American system.

One country that has achieved a stable balance in its approach to providing healthcare for its citizens is Singapore, where the national government oversees its universal health coverage. Through a combination of three programs, the country offers lifelong protection from hospital payments and out-of-pocket expenses for everyone, no matter their socioeconomic status (3). MediShield Life, MediSave, and MediFund work hand in hand with one another to ensure that Sinaporeans who are not sufficiently covered by one of the programs have their needs met through a different service. At the same time, the government plays an active role in enhancing a patient’s experience through the Ministry of Health, which takes on the dual role of orchestrating the public system as a whole and coordinating more specific needs that the sector needs. This includes assessing how many medical professionals are needed at a given time, and how to allocate land to hospitals and other facilities (3). Singapore’s medical sector is thus a collective effort where citizens are never left in a position where they are uncared for or denied access to a particular service. It is no wonder that Singapore’s quick detection and hospitalization measures have enabled it to champion impressive numbers when relating to COVID-19, with a death rate of only 0.05% (4).

France has also succeeded in creating a unifying healthcare system that also encourages societal and economic participation. Their program of social security works through universal protection and guarantees that everyone is covered for free if they work in a way that profits the French government. PUMA, the universal healthcare insurance system as of 2016, allows people who were protected under its predecessor, the CMA, to continue receiving care if their employment status underwent a change and they would no longer have been protected under the previous health care method (5). Residents or foreigners who live in France for three consecutive months or decide to work immediately get a health insurance card that guarantees all of the benefits of a comprehensive healthcare system (6).

A final example of a country that provides a laudable alternative to the United States’s restrictive system is Taiwan, which has adopted a single-payer method. The National Health Insurance (NHI) replaced thirteen health insurance schemes in 1995, and since then, has provided “ambulatory care, in-patient care, emergency care, prescription drugs, lab tests, rehabilitation, mental health services, dental care, prevention and home care” through an inexpensive, nation-wide approach (7). When paired with mass testing and quick contact tracing, the country experienced very little COVID-19 cases and has effectively cared for infected patients (8).

So what can the United States do to model these other countries and account for a broader swath of its population in the long run? Not only must the US increase the availability of unsparing healthcare services, but the government must gradually absorb the rampant out-of-pocket payments that Americans are paying by replacing competitive insurance programs with an overarching state-funded initiative, like Taiwan’s NHI. About 1 in 50 Americans, which represents 6,560,000 people, had over $5,000 worth of out-of-pocket payments after interacting with the healthcare system (9). Some patients are forced to sacrifice their entire life savings to receive medical treatment, forcing them into sometimes irreversible poverty. And while some programs have sought to address this disparity by targeting their efforts to marginalized families, they are extremely difficult to access. Kaiser Permanente’s Charitable Health Coverage, for example, is only available in eight states (10).

The lack of government involvement in the United States has even caused far reaching programs like Obama’s Affordable Care Act (ACA) to come up short because insurance prices remain so high. Due to this economic barrier, many people choose to remain uninsured, which makes them “less likely than those with insurance to receive preventive care and services for major health conditions and chronic diseases” (11). Between 2013 and 2016, the amount of uninsured Americans dropped to 10% due to the ACA, but has quickly begun an upward trend since then due to efforts to remove the act.

The central problem, however, is that insurance does not always serve Americans positively. The “patient responsibility” section of private insurance and coverage plans like Medicaid can easily amount to thousands of dollars after an operation or an overnight stay in a hospital, which discourages patients from seeking the treatment they need (12). Instead of placing the responsibility in the government’s hands, insurance companies compete with one another to extract the maximum amount of profit from patients, especially during a period of high hospitalizations as is being seen with COVID-19. Even for a simple process like receiving a test for the disease, private companies use techniques which disadvantage patients who have little knowledge of what is covered by their insurance plan. An example is that “people may still have high out-of-pocket costs for tests done at an emergency room or other non-public site. People with no or minimal symptoms may be told to return for a check if the condition worsens but then be billed for the visit” (12).

COVID-19 offers an opportunity for change in the United States which will serve the needs of the general population. Politicians and medical experts must reconsider the US’s cutthroat system and work towards greater coverage and availability. Universal healthcare, whether single-payer or completely socialized, has proven to work effectively in other countries and excludes far less people on an annual basis. While private options should always remain available for those who prefer more directed care, a baseline universal healthcare system in the United States will discourage exclusive competition and relieve a financial burden from many Americans’ shoulders during a time of stagnating wages and soaring unemployment. 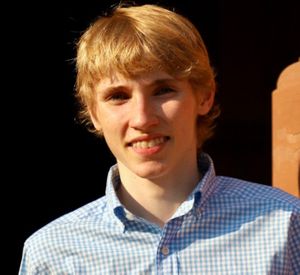 Axel de Vernou
Axel de Vernou is currently a senior at Sacred Heart Prep in Atherton. He loves to write in order to inspire social change and reflection within others.
More posts by Axel de Vernou.