In any public health emergency dealing with an infectious disease, our ability to control an outbreak is critically tied to our ability to implement significant behavior changes. During the 2014 outbreak of Ebola, this control came down to being able to change habits in general social interaction as well as burial practices. Below we will outline some of the general challenges and lessons from implementing these necessary changes to hopefully say something about how West Africa (and possibly the rest of Africa) can best navigate the recent COVID-19 pandemic as well as any future infectious disease emergencies.

Ebola virus disease--caused by viruses in the Ebola virus genus--presents as a hemorrhagic fever resulting in acute pain and unexplained bleeding (3). Although the first recorded Ebola outbreak occurred in 1970’s, the 2014 Ebola epidemic in West Africa was the largest recorded outbreak of the virus (WHO). With an R0 of approximately 1.4--the number of cases we can expect from a single infected person--the 2014 outbreak tracked closely to that of the seasonal Influenza. The outbreak was complicated by “limited access to healthcare, poor infrastructure, and increased mobilization” in Western Africa (Springer). Nearly a year after the initial case, and amidst growing concerns surrounding the epidemics trajectory, the WHO declared the epidemic a public health emergency of international concern (PHEIC). Given the especially high traffic amongst and between the three most affected populations of Guinea, Liberia, and Sierra Leone, as the epidemic continued, it became evident that rigorous control measures were necessary to slow down the outbreak (5).

The Ebola virus spreads easily through contact with bodily fluids of an infected individual, thus it became imperative for public health officials to limit contact with the sick or those who have died of the Ebola virus disease. This very fact stood antithetical to traditional practices in Western Africa:  the values of respect were upheld by close care of the sick and the personal handling of the dead  (4). Unfortunately these practices meant family members and community members were in close contact with bodily fluids of the ill. Clearly, there was a massive need to change behavior surrounding these burial practices as well as other social behavior, such as handshaking, that might have put populations at risk of contracting the Ebola virus (1). However, the culturally rooted--and generationally passed down-- nature of these practices presented a formidable challenge to the calls for quick and marked changes to risky behavior .

In response, public health officials were practical and strategic in spreading the message on the importance of the behavior changes by way of  local community leaders serving as “sensitizers” to help. These community leaders went out to preach the importance of handwashing, avoiding bushmeat, and of avoiding direct contact with the morbid. However, despite the proximity of these community leaders, the deeply traditional nature of the burial practices, as well as respectful greetings still presented a challenge. Furthermore the economic necessity of bushmeat complicated things such that simply preaching the importance was not effective. (1). Even for the efforts that were largely successful, including hand washing and sanitizing stations,  these efforts were short lived.

What these calls initially lacked were alternatives. The risks of Ebola were not portrayed in such a way that giving up these deeply ingrained practices seemed appropriate for the gravity of the situation and deep reluctance and mistrust of healthcare personnel proved an obstacle to behavior change. Efforts were quickly supplemented with further messaging on possible alternatives to bushmeat as well as alternate means of burial that paid respect to the dead while still limiting contact with family members (1). Moreover, in a case study of Western Cote D'ivoire, we see that the coupling of community leaders with larger messaging by the government was deployed and proved effective in breaking down some of this mistrust and helping better convey the gravity of the risk. Having multiple sources to apply pressure, both at the intimate local scale and broader national scale, proved helpful in underscoring the significance of the behavior changes.

From these challenges, it’s evident that behavior change is complicated enough for practices that are habitual: introducing cultural and traditional value to certain practices further adds inertia to the resistance. Many communities in West Africa were able to overcome these challenges through a strategic coupling of targeted messaging to express the gravity of the situation, such that there is some momentum provided to these efforts, with effective alternatives that further reduce the friction between current practices and ideal practices.

Although the lessons above seem intuitive and common sense, they were learned working in communities with specific cultural values and to say that other countries will face identical challenges is naive at best: however we might be able to predict similar challenges. Clearly there will be other challenges faced that depend on the country and all of west africa is not the same, let alone all of Africa. However, the response to behavioral changes has proven largely effective in responding to Ebola and thus, adjusted for the differences with COVID-19 or with any infectious disease, perhaps some lessons can be extended. Specifically, for the COVID-19 response, the largest potential challenge falls in providing alternatives to behavior that need to change. While moving schooling and work online might be possible for certain demographics, the fact that the percentage of sub saharan population with internet access is half that of the world average (2) tells us that we could run into the problem of not having alternatives to offer to populations. First, on schooling, it is critical for school systems, supported by funding from the government or relevant institutions, to provide material that allows for continued learning through traditional means of pen and paper. As COVID-19 has shown parts of the world, infectious disease outbreaks can, in extreme cases, require extended quarantine and social isolation. To deprive students of education for an extended period would then impact their continued education. Educating an entire generation, however, requires more than providing some worksheets, and so the implementation of support systems would also have to be done in a similar context. Second, just as the switch from bushmeat was initially rejected due to the economic implications of doing so, the proposed behavior changes (e.g. social distancing) prove detrimental to economic success / survival and thus might be difficult to implement. Here, the options seem rather limited and alternatives become more difficult to imagine as the severity of the infectious disease outbreak worsens and complete isolation becomes a necessity.

Be it for COVID-19, or any other infectious disease outbreak, fundamentally we see from the 2014 Ebola response that the critical determinants of success are public health officials’ abilities to underscore the gravity of the need for behavior changes coupled with channels to reduce the friction against behavior change. The state of current infrastructure in sub-saharan Africa in general requires some creativity in finding alternatives to social interactions--as infectious disease outbreaks can, in their extreme, require. However, perhaps the lessons we learned from the Ebola outbreak and current global emergency signal the need for at least rudimentary infrastructure, including community level public health liaisons and systems in schools and various sectors, that allow for some insurance from the constraints of an outbreak.

(4) WHO | One year into the Ebola epidemic: A deadly, tenacious and unforgiving virus. (n.d.). Retrieved April 2, 2020, from https://www.who.int/csr/disease/ebola/one-year-report/introduction/en/ 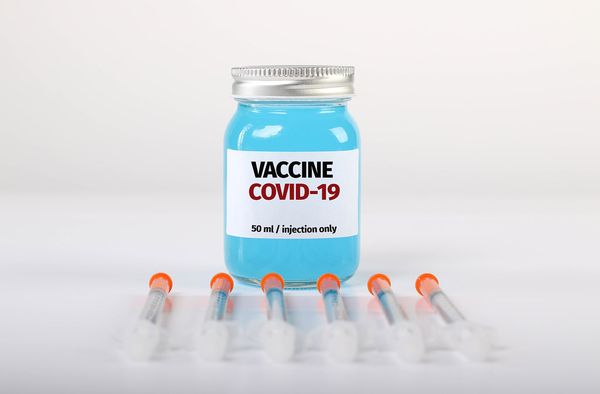 Effect of the global vaccination on economic recovery