Ebola virus disease is a viral hemorrhagic fever notorious for its high case fatality rate of 50%. Since the discovery of the Ebola virus in 1976, the World Health Organization (WHO) has recorded 38 outbreaks of the disease,  mostly concentrated in sub-Saharan and Western Africa. The largest of these outbreaks occurred from 2013 to 2016 in Guinea, Liberia, and Sierra Leone, with nearly 29,000 cases and costing up to an estimated $53 billion. The ongoing outbreak in the Democratic Republic of Congo is the second-largest outbreak ever recorded, with over 3,000 cases and $190 million spent by WHO alone to combat the crisis.

Research into developing an Ebola vaccine began in the mid-2000s, but many of the candidates have only become ready for clinical trial testing in the past five years. These vaccines have been sponsored by various international organizations, representing a truly global effort to combat Ebola. The most promising of vaccines has been rVSV-ZEBOV, also known as V920. Originally developed by the Public Health Agency of Canada, V920 is currently licensed by Merck. Preliminary results from Phase III trials for V920 were published in July 2015. The National Institute of Allergy and Infectious Disease (NIAID), a branch of the United States National Institutes of Health, and GlaxoSmithKline (GSK) also developed a vaccine known as cAd3-EBO Z; the NIAID/GSK vaccine entered Phase II testing in 2015. In August 2019, GSK transferred the license for this vaccine to the Sabin Vaccine Institute. Johnson & Johnson (J&J) has also developed the two-dose Ad26.ZEBOV/MVA-BN vaccine. Phase III data for the J&J vaccine was first presented in 2019.

An Ebola outbreak began in the Democratice Republic of Congo (DRC) in August 2018, when the four cases of Ebola virus disease were confirmed in the eastern region of Kivu. This outbreak provided an opportunity for pharmaceutical companies to test their vaccines.

WHO recommended that Merck’s V920 vaccine be used to combat this outbreak. Since the vaccine is not yet commercially licensed and there is a limited supply of dosages, it has been administered for “compassionate use” in a controlled “ring vaccination” strategy. Compassionate use allows medical workers to provide an unlicensed drug to patient in the event that there are no licensed alternative; ring vaccination is a strategy of vaccinating only those who have come into contact with an infected patient and are most likely to develop the disease. Workers began administering this vaccine in early August 2018, almost immediately after the outbreak was established. By October 2019, over 230,000 people had been vaccinated with V920.

However, this vaccination strategy has been criticized as insufficient. Several groups, including WHO’s Strategic Advisory Group of Experts on Immunization (SAGE)  recommended supplementing the V920 vaccination effort with the J&J vaccine. The DRC Ministry of Health, which has the final say on the Ebola response, initially declined these recommendations, citing concerns about the two dosages necessary for the J&J vaccine to be effective.

Additionally, Medecins Sans Frontieres (MSF, also known as Doctors Without Borders) accused WHO of rationing vaccines and called for the creation of an independent international committee to oversee Ebola vaccination efforts. MSF believed that there were enough dosages of the vaccine to enable doubling the pace of vaccination, from 500-1000 doses a day to 2000-2500 doses. They also suggested that the ring vaccination strategy was ineffective as it requires identifying and reaching out to people who have been in contact with an infected individual; they proposed a geographically targeted strategy instead, where all those living in an specified region are vaccinated.

These issues highlight some common challenges in global health efforts. There are many organizations involved in global health, and communication and coordination between various aid groups is key in creating an effective response. In addition to WHO and MSF, the United Nations, the European Union, the International Red Cross, and the International Rescue Committee have all sent workers to the DRC. It is essential that all the aid groups present a united front to gain the trust of the local population, especially in unstable areas like the DRC. (Attacks on aid workers have been a frequent and troubling occurrence during this outbreak.)

This leads to the second key takeaway: any foreign response must also take into consideration the politics of the region. Many of the attacks on aid workers were likely instigated by local political leaders who oppose the national government that has been coordinating the response. This distrust may not have been fully unfounded— in July 2019, DRC health minister Dr. Roy Ilunga resigned after the president took over direct control of the Ebola response; Ilunga was later arrested on accusations of mishandling $4.3 million of Ebola aid. In his resignation, Ilunga had reaffirmed his decision to not use the J&J vaccine, but by September, the health ministry had announced plans to introduce the vaccine. What aid groups can actually do for a region is determined by politics— global health groups must be aware of political influences when strategizing how to best serve the population.

Finally, the Ebola response also reiterates that global health responses should focus not just on the immediate issues but on the region’s infrastructure. Effective vaccine deployment requires the ability to transport and store dosages. Poor roads hamper workers ability to reach remote regions and deliver the vaccine. The Ebola vaccines also present their own unique challenges: V920 has to be kept at -60°C or -76°F, so technicians had to develop a cold chain system that could overcome tropical temperatures and shaky power supply. Since the J&J vaccine requires two doses spaced two months apart to be effective, workers must develop an effective medical record system that enables them to contact patients when its time for the second dose.

Merck’s V920 was recently granted priority review by the Food and Drug Administration (FDA) and given a positive recommendation by the Committee for Medicinal Products for Human Use (CHMP). The first doses of the J&J vaccine landed in the DRC in late October; vaccination is expected to begin in mid-November. The Ebola outbreak is ongoing, with new cases being reported daily. There is still ample opportunity for the global health community to work towards a more cohesive and effective Ebola response. 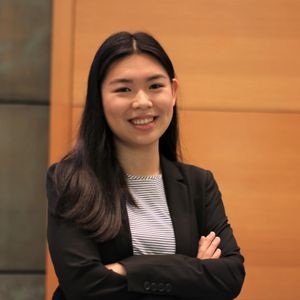 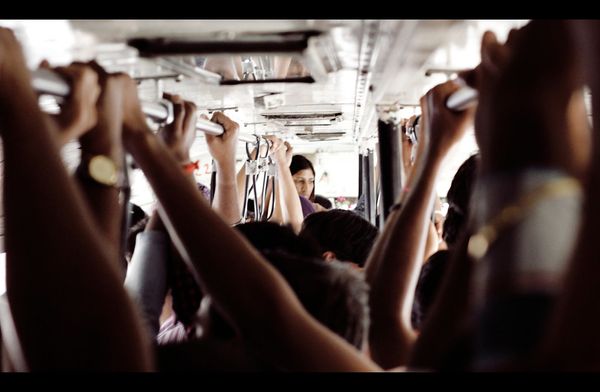