As California burns, the rest of the world carries on, business as usual. However, the effects of the state’s increasingly rampant wildfires may be far more widespread than one would expect. The price of each wildfire can be roughly calculated and they have been skyrocketing. Before 2017, the costs of wildfires averaged about $1 billion. In the past four years, however, costs have exceeded $10 billion. This price tag only includes relatively immediate costs, including firefighting services, property damage, decline in property taxes, decline in tourism, healthcare bills, and any loss of business revenue, a significant amount of which is typically made up for by the boost in employment from fire suppression services. While this list attempts to account for all economic activities impacted by the fire, its time frame is short. California’s three largest industries are agriculture, services (specifically tourism), and film. A 2014 study published in Environmental Science and Technology predicted that the wildfires will increase by at least 19% and as much as 101% by the year 2099. Assuming this prediction is correct, how will the major components of the world’s fifth largest economy be affected in the long term? California may someday have to serve as a model for how to adapt an economy to a changing climate, so it is vital that their approach be carefully predicted and monitored.

Tourism is among the industries most affected by natural disasters. So, this will likely be a source of a significant amount of the transformation that will take place in California’s economy in the coming years. One element of tourism’s relationship with past natural disasters is public perception. Even communities that are hundreds of miles from the edges of fires experience mass tourist cancellations. In July of 2018, 11% of all future travellers to California cancelled their upcoming trips due to fires that only impacted 37 out of 58 counties, resulting in a loss of $20 million in tourism revenue in one month alone. As social media continues to play an increasingly important role in our lives, a place’s “image” will become increasingly influential on consumer choices. California may have to focus efforts on marketing in order to gain back their previous tourist destination status. And, as summer is the peak season for both tourists and wildfires, the primarily summer locations may have to look for ways to rebrand. This is just one example of the many ways California’s economy will have to become more seasonally dependent.

As labor markets begin to vary increasingly with the seasons, so will daily life for Californians. While employment generally increases during the fire suppression process, other, large sectors of jobs will be forced to cease or relocate during the months of constant, intense wildfires. This seasonal shift will have implications for the real estate industry, as certain locations that are reliant on industries that cannot exist in such volatile conditions, such as tourism, agriculture, and film, will likely relocate. As the pandemic has revealed, the most mobile jobs are likely those that are the highest-paying, while many of the essential jobs that cannot be moved online or, in this case, to new locations tend to have lower salaries. This trend suggests that wealth will start to trickle out of areas that are most affected by wildfires, as the most affluent will also be the most prepared to move to a more protected area. An increase in natural disasters has the potential to exacerbate social and economic inequalities as certain communities begin to see the effects and others remain “normal,” at least for the time being. 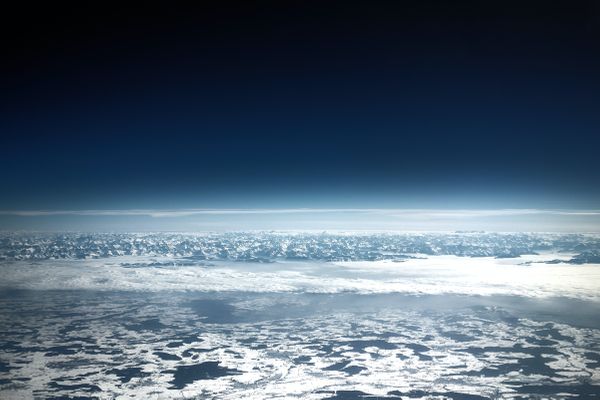 Taking the Trash Out of Orbit