The European Green Deal was meant to be the European Commission’s landmark project:  rendering the bloc climate-neutral by 2050. However, the Coronavirus pandemic has plunged the Eurozone into a historic recession, threatening to bury ecological plans for the foreseeable future.

It was all set to be the glorious opening of a new era. In 2019, the European Commission, executive body of the European Union, laid out an ambitious plan to achieve climate neutrality across the continent by 2050. Ursula von der Leyen, President of the commission, equated the so called “European Green Deal” to a “man on the moon moment”. Then, the Covid-19 pandemic struck, obliterating all economic forecasts, dominating the news and fundamentally altering the global political agenda. What will be left of the Green Deal after the pandemic?

To begin with, the proposed Green Deal grasped the urgency of climate change at least in terms of rhetoric. Filled with long-term commitments and nicely-worded promises to lead the continent into a more sustainable future, the Green Deal set out a series of ambitions. It aimed to “boost the economy through green technology, creating sustainable industry and (…) cutting pollution”. Briefly, the plan targeted nothing less than reorienting the entire Eurozone economy, from micro-regulation to large-scale fiscal projects. Discussed instruments include reducing consumption of electricity by setting standards for household devices sold and purchased in the EU, but also larger fiscal projects such as an expansion of the European Emissions Trading System (ETS) across all industrial branches or a carbon-border tax. The cost of this vast economic transformation is already estimated to cost 1trn EUR in the next ten years, with funding coming from both national and EU budgets, revenues from the ETS, investments through the European Investment Bank (EIB) and international, financial institutions. An additional 100bn EUR was allocated to the Just Transition Mechanism, a scheme designed to support states and regions which would sustain economic struggles from the ecological transition, such as regions in Eastern Europe heavily reliant on coal industries.

So far, the idea was to concretise the Climate Law in 2021 and present several strategies to reduce environmental impact in sectors, including chemicals or the food industry in the coming months. However, the Coronavirus pandemic forced the Commission to abandon those plans.

The first wave of cases led to a historical recession, first estimates at the time predicting an 8.7 percent economic contraction across the entire Eurozone. Although recovery of output looked promising during the summer months, most of those calculations are now coming under challenge amid resurgent virus spread and lockdowns in Europe. Subsequently, European leaders painstakingly agreed on a large-scale recovery plan of about 750bn EUR in September, with the EU taking up common loans and granting credits for the first time. This did not go without disagreements on how and under which conditions money should be distributed and exposed policy divisions across member states on the EU’s fiscal structures that are likely to be superimposed onto the financing process of the Green Deal. The plan itself already faced criticism before the pandemic with regard to a potential carbon-border tax, which could alarm WTO regulators. There are also opposing views considering the inclusion of nuclear energy into the continent’s energetic transition.

Overall, political priorities shifted away from environmental issues to more immediate problems caused by the virus. Member states now have to face struggling national industries and economic downturns, with massive amounts spent across the Eurozone to mitigate effects of the recession. Public interest in environmental issues has faded.

Where does this leave the European Green Deal? It is clear that some states have become less enthusiastic about accumulating even more debt related to the Green Deal after having done so previously to stimulate their economies. Industries across Europe warned that new costs and regulations could hamper their recovery. Member states are also facing widely divergent economic outlooks; it will hence require a great deal of diplomacy to prevent these cleavages from inhibiting effective climate action across member states once the urgency of Covid-19 has passed.

The pandemic itself is far from being under control, making any economic predictions impossible. Clearly, the larger the damage caused by the virus, the fewer capacities will remain after for member states to engage in comprehensive climate action. It must be carefully assessed which industries are capable of using funds to invest in green technologies and which are not. For instance, there is little point creating additional costs for airlines amid their carbon emissions when they are fully reliant on government aid – in turn funded by the EU – to cope with low air travel demand. The Commission must move carefully, yet remain vigilant that environmental policies are not completely disregarded.

The EU now has the opportunity to use the disequilibrium caused by the pandemic to steer the continent to a more sustainable future. Green investments may offer a viable solution to create jobs and boost the post-Covid economy. This will require a considerable amount of effort and consultation among all states and industries, but the EU is in the unique position to lead the global fight against climate change and inspire other countries to do the same, and the ball is now in their court to demonstrate to the world that politics of solidarity and innovation can successfully navigate the challenges all of humanity is facing. 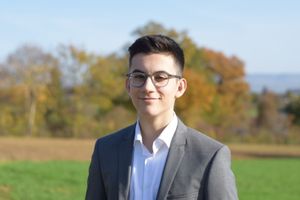 Lionel Chambon
Hey! My name is Lionel and I'm a second year, undergraduate student at SciencesPo. My fields of interest include politics, economics, history and finance. Feel free to hit me up!
More posts by Lionel Chambon. 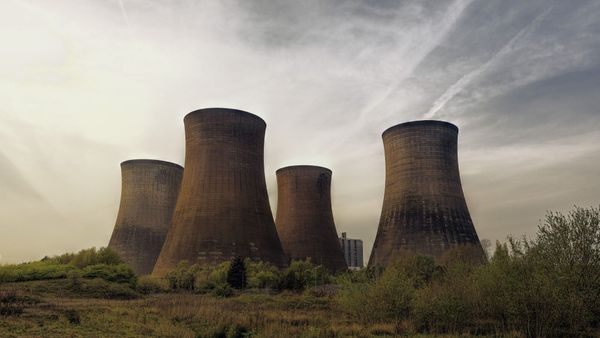 Down, but not out: Climate change and the future of Nuclear Energy