The government’s procurement mechanism was developed at a time when India was not able to produce sufficient food grains. By providing Minimum Support Prices (MSPs) and designated state markets via the Agricultural Produce Market Committee (APMC), the government hoped to re-allocate resources to the production of 23 essential and vulnerable crops. However, the excess stocks of rice and wheat today illustrate that the mechanism has resulted in an overallocation of resources to the production of these crops. “The practice of buying excess stocks is not financially sustainable for the government,” warns Ashok Gulati, Indian agriculture economist.

In states where there is a lack of APMC mandis, private retailers informally purchase produce directly from farmers. A successful case of this is the Shetkari Sanghatana, an apex body of farmers in the state of Maharashtra who developed alternative marketing channels to the APMC mandis and are demanding that the government liberalise the market so that more farmers do not depend on MSPs.

There have been many attempts in the past to reform the agricultural procurement system and determine the appropriate level of government involvement in the agricultural sector. It is difficult to argue that these moves have resulted in the betterment of farmers. In 1998, the deregulation of the sugar industry paved the way for private establishments in this sector, but this resulted in no significant improvements to farmer productivity.

In 2006, farmers in the state of Bihar were promised more lucrative private sector opportunities for contracts and infrastructure investment if they abolished the APMC system. However, these promises are yet to be met. As a result of the lack of marketing channels in Bihar, farmers routinely resort to “paddy smuggling” into Punjab and Haryana – where APMC and MSP infrastructure is very strong – often selling their produce to middle-men for rates as low as Rs.8 per kg while the middle-men earn the full MSP of Rs.18.68 per kg.

In an effort to address the inequities faced by farmers across states, the government passed three bills on 27th September 2020 that sought to centralise a parallel private marketplace and give farmers more agency in the sale of their produce. By embracing the private sector, the government hopes to increase private investment in farms and make supply chains more efficient.

The first bill – the Farmers’ Produce Trade and Commerce (Promotion and Facilitation) Act – allows farmers to sell their produce directly to the private sector anywhere in India, bypassing the state’s APMC where MSPs are guaranteed.

The second bill – the Farmers (Empowerment and Protection) Agreement on Price Assurance and Farm Services Act – allows farmers to sign contracts with agri-business firms and retailers for pre-determined prices.

The third bill – the Essential Commodities (Amendment) Act – seeks to impose a stock-holding limit on the government for certain commodities like cereals, pulses, oilseeds, edible oils, onion, and potatoes except under extraordinary circumstances like war, famine, extraordinary price rises, or natural calamities.

The bills collectively aim to eliminate middle-men by connecting farmers directly to the private sector, building more efficient value chains through private investment, and improving price realisations for farmers. However, the bills also signal a shift towards privatisation which has not been popular with farmers and the side-stepping of APMCs which suggests that the state may lose commissions and ‘mandi fees’.

Critics highlight that this is not the most economically or socially viable way to build markets for farmers. 68% of farmers in India own less than 1 hectare of land and do not produce adequate marketable surplus to sell at APMC mandis. Instead, they sell to local, private traders. Therefore, critics argue that local traders should be integrated into existing infrastructure in an approach that appreciates the variation in agricultural practices across states instead of creating a one-size-fits-all parallel market.

However, the government maintains that the bills will be beneficial to small farmers because they will level the playing field between farmers with political influence and those without. Krishnamurthy Subramanian, Chief Economic Advisor to the Government of India, says that the current agricultural procurement scheme only benefits big farmers from some states and that the “vocal minority is the one that usually benefits from status quo continuing”. Data shows that in 2019-20, 92% of Punjab’s rice output and 89% of Haryana’s output was procured by the government. Similar figures for wheat also showcase why farmers from Punjab and Haryana are profoundly opposed to the new bills. Subramanian adds that the new bills will help small farmers who are largely consumers of food rather than producers and thus, are severely impacted by food price inflations.

Therefore it appears that there are some key assumptions made by the government about agricultural markets across the states that underpin these bills:

1) Farmers currently lack the freedom to sell outside the APMC mandis.

Most farmers across the country would agree that the functioning of the APMC mandis is inefficient, opaque, politicised, and often controlled by cartels. In an effort to standardise the opportunities for farmers across the country, the new agricultural bill allows farmers to sell directly to private retailers and firms. However, in some states, such channels are already utilised by farmers for more than 50% of their produce. Therefore, the bill may not help these farmers very much.

2) There will be no collusion on price and markets will function in a fair manner.

The government believes that farmers will benefit from increased efficiency in the privatised system and be able to sell at higher prices due to private sector competition. However, evidence has shown that free market prices are generally lower than the crop’s designated MSP and so, there is little incentive for private traders to match the MSP price level. Additionally, there is a general mistrust of big business – “we will lose our lands, we will lose our income if you let big business decide prices and buy crops… free markets work in countries with less corruption and more regulation. It can’t work for us here,” Gurnam Singh Charuni, one of the main leaders of the protest, declares. Without strict government regulation and bolstering of farmer cooperative power, farmers fear they will lose income and  their livelihoods.

3) APMC mandis and MSPs will be maintained despite lower state revenue.

A key fear fuelling the ongoing farmer protests is that the new bills are a precursor to reduced government intervention in the agricultural sector. By allowing private players to connect directly with farmers, the bill allows the government to step back. If APMCs are deemed redundant, farmers fear that the MSP will also be done away with. This is why farmers – particularly large farmers – who benefit greatly from the APMC infrastructure in states like Punjab and Haryana form the majority of protesters in New Delhi. The government has repeatedly assured that they will not remove MSPs in the future but protesters are demanding that this be promised in writing.

One important observation is that even though farmers can now bypass the state by selling to retailers directly, the role of the middle-man is not obsolete in the new system envisaged by the government. This is likely because private firms will continue to engage commission agents to broker sales, organise storage, and even finance deals. Thus, these agents will simply switch from working for the state to working for private firms, and these new bills may not effectively curb their power to exploit farmers.

The government has attempted to reform the sector by stealth and the bills have not been received well by farmers. This is largely due to the lack of agreement on the assumptions detailed above and the practical concerns over the implementation of the bills – namely the future of MSPs and possible waning of state support, lower bargaining power of farmers, and continued exploitation by middle-men. Many farmers have taken to the streets of New Delhi to protest against the bills and the government has not condemned the numerous incidents of police brutality against the peaceful and often elderly protesters. While these acts of violence are highly condemnable, the need still remains for reforms to the agricultural sector of India and only time will tell how these bills are enacted and how successful this wave of reformation will be. 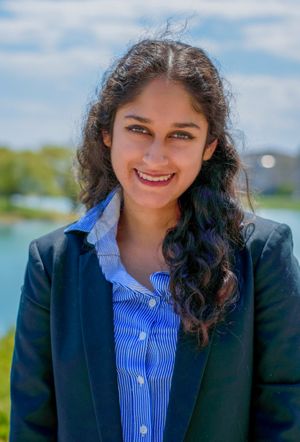 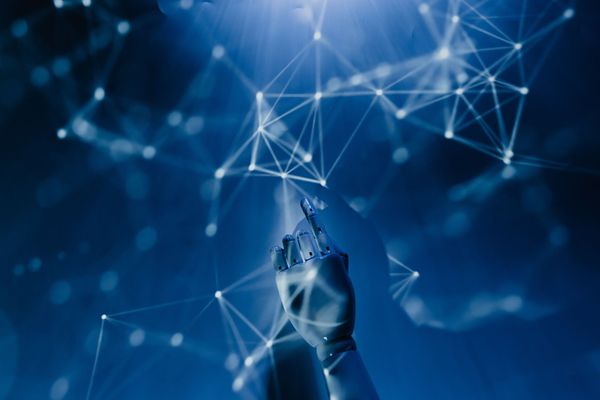