In light of the recent repealing of Section 377A of the Penal Code, which criminalises sex between men in Singapore, many breathed a sigh of relief as the Singapore government finally took a step towards universal liberties and individual rights. As far as I could recall from my education in Singapore, a family always consisted of a father, a mother, and their children. Since 1987, the government has built on this narrow, heteronormative definition of what makes a family in drafting of their policies.  These policies spelled out their expectations of “ideal members of society”. I will be exploring how, despite the challenge to heteronormative norms through the repeal of Section 377A, state policies remain built on the foundation of traditional families – within the state’s rigid definition and more specifically, the roles of the women.

Super Women – Career Women by Day and Housekeeper by Night

In the 1950s, the female labour force participation rate (FLFPR) stood at a mere 21.6 percent. More than 75% of the total female population aged 15 years and over saw their life revolve around their homes and family “in accordance with the prevailing sex/gender division of labour” (Loo, 2014). Families in Singapore functioned through “a strong reliance on a clear division of labour among gender lines” (Straughan, Chan, & Jones, 2009). This allowed men to focus on work commitments outside of the home while women managed domestic affairs and raised children within the walls of the home. However, the traditional gender order was called into question as Singapore was and still is heavily dependent on human capital as one of its key resources. There had been a greater push for women to be educated, enter the labour force, and remain there through retirement (Sun, 2012). In fact, by 1990, the FLFPR gradually rose to reach a staggering 53% which speaks volumes of women’s empowerment in earning their own income (Loo, 2014). Yet, women’s entry into the workforce did not affect their traditional roles and lessen their responsibilities in the domestic realm (Teo, 2007).

Whilst women are encouraged to participate in the workforce, they are also bound by traditional gender roles to marry, raise families, and perform household responsibilities. This duality in the role of the women in Singapore has not only produced their “unequal status in the labour market and formal politics” but also highlighted the liminal position women take on as being “both upholders of family values and threats to the long term viability of the nation through the deviant behaviour of late marriage and low fertility.” (Teo, 2007)

Not All Women are Valuable

Even amongst the disempowered, not all women are treated the same as only educated women are deemed to be valuable in the eyes of the state. With the country gradually shifting towards labour participation from both genders as directed by the state, tertiary educated women were constructed as ‘problematic’ within this discourse of social change as they were marrying at a later age, having fewer children, and sometimes completely forgoing marriage altogether (Lyons-Lee, 1998).

Then Prime Minister Lee Kuan Yew feared that a decline in birth rates amongst the higher educated would lead to a “thinning of the gene pool… [which spelled out a] national economic disaster”, especially because Singapore was dependant on their human capital (Lyons-Lee, 1998). In 1984, the Graduate Mothers’ Scheme was introduced to encourage marriage and childbearing among graduates (Tan, 2001). The scheme saw mothers with university degrees being favoured over mothers with lower education in terms of primary school placement and registration for their children. The Political Actions Party (PAP) government and Lee were unabashed in their openness about their elitist state structures and public policies as they believed that “if nothing were done to increase the fertility of the elite, Singapore would become a ‘society with a large number of the physically, intellectually and culturally anaemic’” (Lee, 1969; Tan, 2001).

On top of the expectations that the state already had on women – to simultaneously balance their dual roles of caretaker and worker -- women of different education levels were placed in a hierarchical system where only the well-educated were given special privileges. The government was convinced that “academic qualification was equated with intelligence… [and these qualities were] regarded as genetically and environmentally transferable to offspring” (Tan, 2001), hence favouring higher-educated women was justifiable. Ultimately, the state wanted a population of socially engineered citizens to achieve their vision of moving Singapore towards economic prosperity and women, graduate women in particular, were responsible for fulling their maternal and patriotic obligations.

Beyond childbearing, even the mariage of citizens is subject to the state’s manipulation. Singapore’s campaigns to marry off single people with their “national matchmaking agencies, a ministry devoted to promoting marriage and childbearing and a mandatory savings plan that secures housing ownership for married couples” (Teo, 2007) are well known and have received widespread attention from both within and beyond this island. However, some problems revolving around families have surfaced and these include those associated with an ageing population, the rising age of marriage, lower fertility, and higher divorce rates. Of these, the ageing population structure -- an outcome of greatly declining fertility and longer lives of the resident population – has become a matter of national concern (Teo  & Piper, 2009). Otherwise known as the ‘sandwich’ generation, an increasing number of women are taking on simultaneous roles of a mother (to take care of their children) and parental carer (to take care of their own parents) (Evans, Millsteed, Richmond,  Falkmer, & Girdler, 2016). As the elderly live longer, the burden of being a parental carer becomes greater and women who are unable to balance their simultaneous eventually sacrifice their career to return to their expected duties. However, this goes against the objective of the state to increase economic development (Singapore Business  Federation, 2021)and hence the state would have to step in and provide aid in solving these familial issues.

The Singapore government is reluctant to provide aid readily as they believe that people would modify their behaviour to become more reliant on the state and this goes against Singapore’s social safety net principles (Lim, 2007), namely:

In totality, these fall under the umbrella of the single over-arching principle that government aid is always the last resort.

Bringing in foreign domestic workers (FDWs) was a huge success, and these maids have become a necessity in many households. However, to regulate the inflow of foreign maids (to pacify rising xenophobic sentiments from the public), a levy was imposed by the Ministry of Manpower and the cost of hiring a FDW gradually increased.  Without intervention, the problem of who to take on the responsibility of the caretaker would have resurfaced as fewer families could afford these higher prices hence state intervention didn’t and couldn’t stop there. As a result, foreign domestic worker levy reliefs were introduced. These are essentially a reduction in taxes paid based on earned income derived from employment, trade, business, and others. However, the caveat is that that relief can only be claimed if you meet all 3 conditions:

2.     You and your husband employed a foreign domestic worker; and

a.    married and lived with your husband; or

b.     married and your husband was not a tax resident in Singapore; or

c.     separated from your husband, divorced, or widowed and had children who lived with you and on whom you could claim child reliefs.

From these conditions, one would realise that there was a trend in the method the state gave out assistance and that is whatever help they offered came at a price and with conditions that aligned with their objectives. For instance, the FDW levy relief reiterated the need for working females (relief could only be claimed by a woman against their income taxes) but also that the heterosexual norms that these females had to be married or married to a male at one point in their lives.

These tax reliefs are but just a few examples of the targeted policies the state has endorsed to push the females in Singapore towards a certain ideal – take on traditional roles of being a caretaker in domestic household but also enter the workforce; the government will provide aid but only if you are married and/or have children. By creating such policies, the state is also reinforcing gender stereotypes and a certain familial structure where the men only need to focus on working and providing income for the family.

The institutions Singaporeans encounter serve as a reminder that family constitutes the building block of Singaporean society. Additionally, Singaporeans are separated by sex and moulded into a certain ideal to fit their role in the family. Imbalances in the expectation of a male and a female are cast aside and neglected to the point of normalisation. When we will realise that such pigeonholing, while practical in the short term, is no longer acceptable? Structures and defined roles give stability and routine but what of rewriting our own narratives and finding our identity in society? The state may have finally taken a step forward in repealing the infamous Section 377A which criminalises gay sex between men, but it remains three steps behind in terms of redefining the narrow, heteronormative definition of a family, re-establishing the roles of the women and most importantly, reinventing the “ideal Singaporean”. 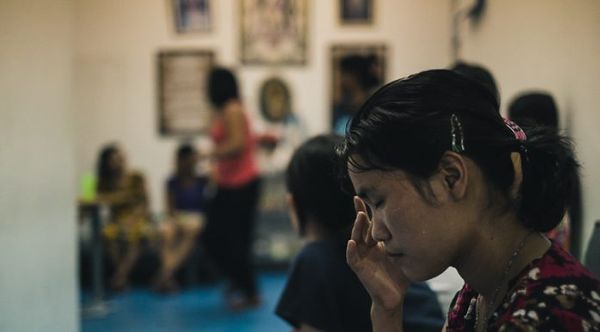 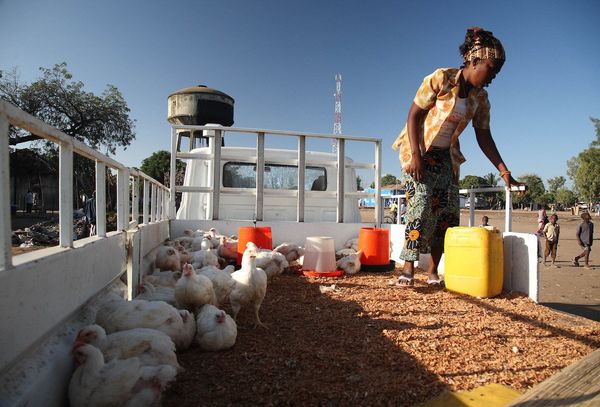