As the summer months approach, temperatures may not be the only thing heating up. The housing market in the United States, which has been heating up for several years now, is reaching a point of divergence. Will it cool down or will it burst?

Most people attribute the real estate bubble to the soaring price of housing across metropolitan areas in the United States, areas with significant housing shortages like San Francisco, New York, and Los Angeles. However, it is too soon to tell, many economists indicate that they need more time to evaluate the variety of indicators, elements, and patterns to derive a conclusion.

The best way to evaluate the potential or prospect of a real estate bubble is by comparing the current economic indicator levels to previous patterns that have proven to be unsustainable in the past, those linked to economic turmoil. Through a detailed analysis, one can make an educated evaluation as to whether the current conditions foreshadow a bubble.

The first bubble occurred in the Gilded Age, an era of rapid economic growth, especially in the Northeastern and Western metropolises of America. While many associate the period with the railroad bubble, housing rates in like Chicago, New York City, and Philadelphia rapidly expanded beyond the range of the average American. Responding to such growth, the first skyscrapers in the modern world were built to alleviate the pressure.

Moving on to the twentieth century, we experienced the second real estate bubble after World War I. With every industry booming in the aftermath of the great war, equity flew toward real estate, especially in Florida. In the 1920s, the Florida land boom left behind entire new cities, such as Miami Springs, Hollywood, and Miami Shores, as well as many failed development projects. However, the boom fizzled out following a natural disaster, the 1926 Miami Hurricane, driving many developers into bankruptcy.

The most recent housing bubble occurred during the subprime mortgage crisis between 2007 and 2010. As many of us have witnessed, the sudden shift in the housing market had a direct impact not only on home valuations but mortgage markets, home builders, home supply retail outlets, Wall Street hedge funds, and foreign banks. In 2008 alone, the United States government allocated over $900 billion to special loans and rescues related to the U.S. housing bubble.

In recent years, leading economists from top research institutions have developed economic indicators based off financial rations in order to identify bubbles before they burst. In attempting to identify bubbles before they burst, economists have developed financial ratios and economic indicators describing two interwoven aspects of the housing bubble: a valuation component and a debt (or leverage) component.

A basic measure of evaluating housing affordability, the price to income ratio (PI ratio), is an essential tool in understanding the real estate market. According to a Goldman Sachs comparison of median home prices relative to median household income, a basic component of mortgage lending decisions, the United States housing market in 2005 was overvalued by 10%.

Aside from the PI ratio, lenders also utilized the deposit to income ratio in evaluating borrowers. Representing the minimum required down payment for a typical mortgage, if the down payment becomes too high then first-time buyers may find themselves “priced out” of the market.

Reviewing the debt component, the housing debt to income ratio or debt-service ratio provides an indicator of the ratio of mortgage payments to disposable income. When the ratio gets too high, households become increasingly dependent on rising property values to service their debt.

Another way to measure financial leverage is the housing debt to equity ratio, which is the ratio of the mortgage debt to the value of the underlying property. This ratio increases when the homeowner takes a second mortgage or home equity loan using the accumulated equity as collateral.

Looking at the broader picture, the housing price indices (HPIs) are used in identifying housing bubbles. Devised by American economists, the Case-Shiller indices are the HPIs series designed for the United States market. As shown in the graph, the US experienced a housing bubble peaking in the second quarter of 2006.

The bursting of the housing bubble a decade ago sent the United States into the worst recession after WWII. According to the U.S. Census Bureau, the average price of a new home sold increased from $259,800 to $373,100 from 2009 to 2019. The sharp increase has left many people worried as to whether the current market is in a housing bubble.

In respect to the law of supply and demand, we see that a decade ago, demand was increasing due to easy access to credit, but today, demand is decreasing due to the lack of supply growth. Therefore, while houses may be overvalued, the fact that supply has remained low should prevent a rapid decrease in housing prices.

With many people speculating about the potential for the existence of a housing bubble in the American economy, ultimately, we need to turn to the data and the past to develop our own conclusions. 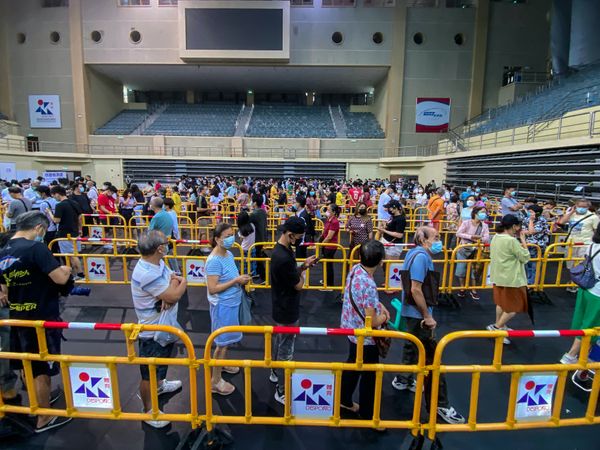